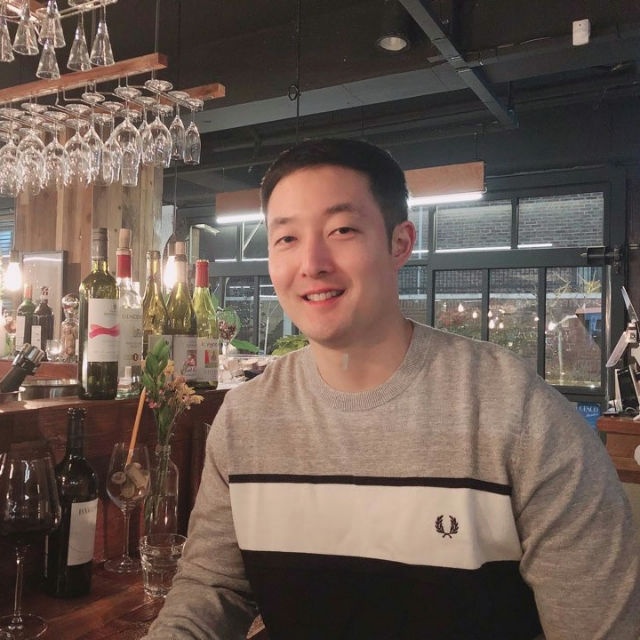 Recently, CoinDesk Korea spoke to Rahul Advani, Ripple's policy director for the Asia-Pacific region, about the need for regulatory clarity.

To follow up on Ripple’s progress in general, we engaged with Brooks Entwistle, Ripple’s SVP of global customer success and managing director of the Asia Pacific (APAC) and the Middle East and North Africa (MENA). Entwistle replied to our inquiries via email.

Entwistle spent three decades in finance and tech, working for the likes of Goldman Sachs and Uber. He says he’s always enjoyed working in "d

ynamic growth companies," so it seems natural he'd end up in crypto, which he calls the "sweet spot between traditional finance and the fast-paced technology scene."

Progress throughout past year

Ripple's RippleNet service, a global payments network for financial institutions, saw its most lucrative year in 2021, with the number of transactions more than doubling from the previous year. The network's volume run rate is now over $10 billion. Entwistle credits global momentum and increases in customer demand.

RippleNet's most iconic feature is its ODL (on-demand liquidity) solution, which solves the issue of pre-funding cross-border payments. ODL uses XRP, Ripple's native token, to bridge fiat currencies. In conventional cross-border payment systems, you need to pre-fund accounts at your destination. Entwistle says APAC is one of the largest contributors of ODL volume on RippleNet.

"Due to a regulatory environment that not only understands but embraces crypto, APAC continues to be one of the largest contributors of ODL dollar volume on RippleNet."

APAC customers include Novatti (Australia), SBI Remit (Japan) and Tranglo (Singapore). Currently, there are no Korean clients on the network.

Basically, it aims to allow businesses to buy, sell and hold digital assets at the best prices across a range of venues.

"It's similar to the way that Google Flights aggregates the best prices for airlines and flights. As mainstream adoption of crypto rises, we are focused on preparing enterprises for a future where crypto is front and center."

Entwistle also explained new developments for CBDCs in RippleX, an open platform that allows developers to enable payments on their applications through the XRP Ledger (XRPL), a public blockchain.

"We have built a private CBDC solution based on the open-source XRPL and are already collaborating with countries like Bhutan and Palau to develop a digital currency."

He adds that Ripple has already launched a "creator fund" for building a system that supports NFTs on XRPL.

I ask about any changes to Ripple's profit model, which has centered around ODL and sales of XRP deposits in escrow accounts.

"Some customers simply buy transaction software and services from us, while some buy our whole suite – which includes using XRP for payment flows."

We move on to the topic of XRP, which investors often conflate with Ripple itself. It's common to associate the volatility of XRP with Ripple as a company.

Entwistle starts by saying that XRP is a "fast, scalable and carbon-neutral" asset that's uniquely adaptable to global payments. He then explains that Ripple is a software company that exists independent of XRP, meaning Ripple can’t control who builds on the XRP Ledger, lists XRP or govern (reverse) XRP transactions.

"However, it is important to note that volatility is an intrinsic attribute to crypto as an investment asset — this is not unique to XRP. So that’s why we prefer to focus on the long-term opportunities — we will continue supporting developers in building with XRPL, which is key to unlocking the ledger’s full potential."

With the formation of the SBI-R3-SWIFT-Ripple union, Koreans seem to be placing their hopes on XRP becoming not only a bridge currency for payments but a global reserve currency. I ask Entwistle for his thoughts.

(SBI-R3 is a joint venture established by Japan's SBI Holdings and the US fintech R3.)

Entwistle doesn't believe crypto will replace fiat. Rather, crypto will serve a complementary role. He points to the example of XRP, which often acts as a bridge asset between different fiat currencies. Consumers are still paid out in their local currency at the end of the transaction.

He says XRP "is not out to replace fiat currency" but aims to provide "interoperability between networks."

We finally approach the fiery topic of Ripple's legal battle with the SEC.

The SEC claims that Ripple has sold unregistered securities via an ICO. They also claim that Ripple CEO Brad Garlinghouse and co-founder Chris Larsen made around $600 million from XRP sales. I ask Entwistle to clarify Ripple’s stance on this matter, and how they plan on proceeding in the near future.

"Ripple has completed expert discovery as of Feb. 28, 2022. On March 11, the Court denied the SEC’s request to strike Ripple's fair notice defense -- recognizing that there is a serious question whether Ripple had fair notice that its distributions of XRP violated the securities laws. We continue to push for a speedy resolution and look forward to proving that Ripple did not violate securities laws, and that the SEC never provided Ripple with fair notice that its actions would ever be prohibited under the law."

Entwistle is clear in stating that Ripple "has never conducted an ICO." He is also confident that the SEC is "fundamentally wrong as a matter of law and fact."

Pointing out that regulators in the UK, Singapore, and Japan have concluded that XRP is a virtual currency and not a security, he says that the SEC is "out of step with global regulators."

"What is happening now in the US has laid bare the importance of having clear rules of the road, and it is our hope that this case will help to bring about the much needed regulatory clarity for the US crypto sector."

ETH has also gone through an ICO, but isn't classified as a security. Critics say that authorities are being particularly harsh on XRP.

Entwistle again points to regulatory ambiguity as the source of confusion and conflict.

He also references legal memos from 2012 that were recently publicized. The memos reveal that Ripple sought out legal advice on whether or not XRP was a security at the time, and came to the conclusion that it was not.

Entwistle says "the fact that it took the SEC eight years to suggest they disagreed with that analysis -- while XRP traded in a massive global market -- is baffling."

He also states that Ripple is confident it will prevail in the case against the SEC.

"The outcome of this case will impact crypto in the US, not just Ripple, so we look forward to getting this resolved as expediently as we can."

I ask him if Ripple has any plans for an IPO. He responded that while Ripple does plan on becoming a public company in the future, their current focus is on resolving the SEC case.

What are Ripple's priorities for 2022 outside the SEC case?

Entwistle mentions the continual growth and scaling of ODL, as well as building new use cases beyond remittances, such as treasury management. He also says general availability for Liquidity Hub is slated for this year.

"On the RippleX side, we will continue growing the XRPL developer experience and supporting the burgeoning NFT space. We also look forward to launching new CBDC pilots, in addition to our current partnership with Bhutan and Palau."

He concludes by saying that at the core of Ripple's vision is "helping enterprises thrive in an inevitable crypto-first future."